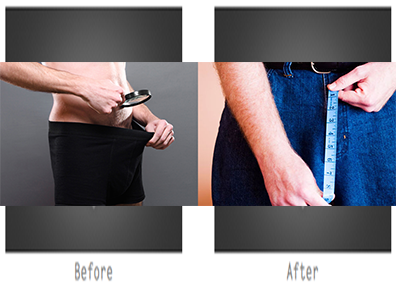 From television shows and newspaper articles, to spam emails and pop-up advertisements, it’s impossible to escape the age old question of whether size matters? With so much importance placed on male sexual performance, anxiety over the length and girth of your genitals can seem unavoidable. Indeed, as cosmetic treatments for men have become increasingly popular in the last couple of years, the number of penis enlargement procedures has grown in lockstep, with over 15,000 enlargement surgeries performed in 2015 alone.

Of course, it’s not just insecurity that’s driving this trend. Recent research has revealed that women’s’ perceptions of the ideal penis are about an inch larger than the average reported size. While additional studies conducted by the Australian National University showed that penis size can be as important as height in determining the overall attractiveness of a potential sexual partner. Meanwhile, it’s an inescapable fact that a larger penis translates to more stimulation during intercourse.

But Most Mainstream Treatments Aren’t Worth the Risk

The P Shot is a Safe, Non-Invasive Technique for Penis Enlargement!

If you’ve been paying attention to the world of sports medicine, or even leading cosmetic therapies then you’ll know that the regenerative potential of so-called vampire treatments has been taking these spheres by storm. These simple treatments involve the extraction of a small amount of blood from the body, which is then spun at high speeds. High growth factor platelets are then extracted from this fluid and further activated using a special chemical catalyst. The result is a potent mixture that is used to grow new tissue and blood vessels in any injected areas.

When platelet-rich plasma is injected into the penis, it promotes the production of new tissue in the corpus cavernosa and throughout the entire penis.

Growth factors from platelets may rejuvenate existing cells, but more importantly, they stimulate the production of collagen, blood vessels, muscles, and fatty tissue. It may take several months for enough new tissue to grow to see results, but over time, most men experience better erections and see a measurable difference in the length and girth of the penis.

What to Expect From Your P Shot

In short, the P shot is a simple, accessible treatment that improves your sexual performance in every conceivable way. That’s without any of the chemical side effects of drugs and herbal therapies, and without the need for constant reapplications. The P Shot is natural, safe, cost-effective and most importantly it’s proven to work! If you’re looking to take advantage of this increasingly popular treatment then the time to act is now. Contact Us today, to find out more.

At Alijamedspa, we are committed to developing and administering the most effective non-surgical medical and cosmetic treatments for our clients.